“Dames are poison to you.” This was a dropped TV pilot. Sad, really. I think it had potential. The premise was a cartoonist’s character coming to life and interacting with the rest of the world. I have no clue why it didn’t go anywhere, but the pilot did get shown in theaters at least once. So let’s begin. Philbert’s creator Griff is stuck for a gag. (See that Model sheet? It’s the real thing) He’d work on it more, but his lady friend (Angela) is coming over to cook dinner. Philbert objects to this but Griff (played by William Shanner) tells him to not get noticed. Philbert takes a dip in an aquarium and then attempts to tan in a lamp’s light. Griff’s dog, Hap (played by some random dog) gives chase. Griff finds his creation at the top of the curtains and refuses to come down. Griff promises to catch him just as Anglea arrives. Griff turns just as Philbert jumps. Griff lets her in and apologizes for only being half shaved. Angela is a pretty nice lady. She even likes Hap. (short for Happy.) I like a woman who likes animals. Even Philbert can’t help staring at her butt and wondering if she has a sister. Griff leaves to empty the rest of the groceries out of her car. While he’s gone, Angela shows her true colors. She hates Hap, she hates the curtains, and Griff’s dead Polar Bear rug. (To be fair, I’d be against that too) Philbert is especially worried as she plans to marry Griff, and make him get a real job. No more cartooning. (Witch) Griff comes back, and Angela switches back to “charming” mode. Griff offers to put Hap out. With his main problem gone, Philbert now has the chance to remove Angela from the premises. He draws a moustache on her picture she brought for Griff, and then turns on the radio so she will come see it. She goes to confront him,(the moustache curls slightly) but instead tells him she’s glad that he feels comfortable enough to make jokes about her. It is time for dinner. I think she made shrimp, but I can’t be sure, as she never outright states it. Seeing his chance, Philbert empties most of the tobasco sauce into her sauce. This is too spicy for the both of them, but luckily Anglea (played by Joanna Barnes) doesn’t blame Griff. (Although he is sure he knows who it is) He suggest they dance. While doing this, Philbert keeps turning up the frequency causing them to dance faster and faster. They give up relativly quickly. So it’s time for champagne. Philbert tosses some “Instant Snooze” in his creator’s glass and they live up to your name. Believe it or not Griff’s yawning is enough to get Anglea to storm out, angrily telling him of her plans to make something out of him. (She also takes the picture back too. It is pretty funny) Later Philbert and Griff chat and Philbert is glad that Griff is not one to hold grudges. Griff responds by pouring his champagne on Phil’s head.

The first of these never made it. that already sucks. Porky is awesome why not let him have his own show? The intro was at least made and it showed many people and fellow toons going to porky’s barn to watch some of his finest work. The other show however did succeed. It came from the bugs bunny show and was popular to stay on the air for 14 years! The opening remained pretty much unchanged except hippity hopper was replaced with sylvester jr. and they added pepe and (thank goodness) porky. It’s kind of a shame that these classics dont play on tv anymore. kids today dont know what entertainment is.

Personal Rating: (Based on the openings) 3

During the sixties looney tunes was on its last legs. Also during this time looney tunes got a tv show. The premise is bugs showing us cartoons with various bridge sequences, such as bugs feeding taz carrots or slowpoke coming to visit speedy. The show was black and white which may have been odd, since all the shorts in the theaters were color, but that was a small price to pay for a masterpiece. Now for the bad news. This show is gone and i can not find any full episodes. If you ever have seen, or have any somehow, you are quite lucky. 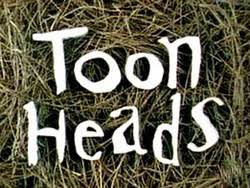 It is time to upgrade this place and so pics. and videos will now be available! To celebrate I decided to talk about one of my favorite childhood shows: ToonHeads. Yeah, I know it was not only Looney Tunes but it featured them prominently and it taught me to love them. (Yes, as a kid I was scared that all the characters got killed) This show had a great soundtrack which was just a drumbeat. Each episode showed a certain theme like cartoon caricatures or musical cartoons. We would see two shorts and then a trivia question. After that they would show us the final short and call it a half hour. Ahh, those were the good ole’ days. Cartoon network was great and I loved it. I think everyone did and I am sure I speak for everyone when I say the new one is crap! The only decent show on there in my opinion is of course, The Looney Tunes Show. Praise the lord for boomerang.

Personal Rating: 3 (I mean, not only are the shorts sometimes edited, but not every episode can even be viewed these days)