You know what made Cartoon Network so much fun to watch, back in the day? Well, yes, having cartoons that I wanted to watch was nice, but they went out of their way to make the commercials a joy as well. It’s a network where the cartoons are in charge, so naturally, the cartoons would be working there. During a commercial break, we could see the toons working at their jobs, and interacting with each other. But my favorite thing they did was the groovies. Short music videos about the cartoons we loved and if we didn’t already love them, then these videos might encourage us to take another look. They were brilliant. Each one was different. (Even the ones that were based on the same series. “Dexter’s Laboratory”, and “The Powerpuff Girls”, each had more than one for their series. (Not that I mind. I love those shows.) Even a few shows you wouldn’t think would be popular enough to get one, got one. Like JabberJaw and Betty Boop. (I didn’t even know her shorts ever aired on that channel) Although there were some weird ones. There’s one based on “Ed, Edd and Eddy” where Sarah gives the titular boys a drink that shrinks them for her amusement. It’s a great song, but is that really related to the show? I never really watched it. Plus one based on “Courage the Cowardly Dog” that takes place somewhere not in Nowhere, Kansas, Eustace and Muriel look much younger, and they are having a party. This show, I did watch. And Eustace doesn’t seem like the type to allow that many people into his house without giving him something. But of course, the reason I’m talking about them here is because there were some based on “Looney Tunes”. And they get looked at more in-dept.

L’Amour A Un Odeur: A remix featuring Pepe Le Pew and his various shorts. It’s my least favorite just because it feels the most rushed to me. The music is that classic faux French they put in all his shorts.

Wascally Wemix: As you’d expect, this is Elmer’s song. A bunch of his lines remixed. Bugs and Daffy feature prominently too. The music kinda dying near the end, keeps it from being higher on my favorites.

Pork Jam: AW YEAH! My pal Porky gets a remix, and it’s awesome. His lines mix with the music, never fail to put a smile on my face. It was my favorite as a kid. So, what could possibly top Porky?

Mars Forever: My favorite out of all the groovies. A recruitment video Marvin made to build up his troops. Best music in my opinion. Contains bits from all his shorts, plus “Rocket-Bye Baby.” A masterpiece if ever there was one.

Personal Rating: 4 (I could see someone wanting to watch the others is this was viewed first) 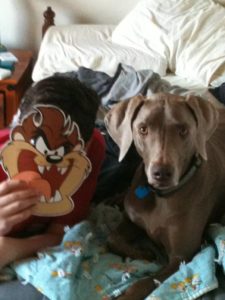