“How can I run my business without elves?”

Last of the shorts trying to teach. I promise. (Private Snafu doesn’t count. Those weren’t intended for anyone but soldiers)

We begin in Smurf Village. Or I guess right next door, as we look in a hollow tree that is close to the mushroom houses. Inside, we see elves. (Actually, it’d make sense that they would live in trees. It’s where they make their cookies) The leader looks an awful lot like Elmer, so let’s just call him what we all thought of: Elver. 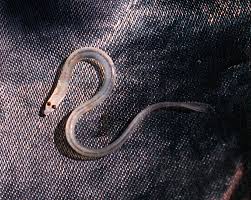 Clever, but not what I meant. He’s just got done reading the roll call. Despite making it past the Z’s he decides now is the time to question where all the missing W’s are. (I think that’s what he’s looking for. He says it as “wouble u’s”) One little elf, (who we will call Joey. Joey the elf) knows where they went: to help the shoemaker. (Either that or Santa mistook them for his. Just naming all the jobs elves do, today) Elver is upset. That was over one hundred years ago. (No, they never explain how the shoemaker is still alive. It’s one of three options: 1. The shoemaker takes really good care of himself, and has surpassed the average human life expectancy. 2. Eating an elf every year makes you immortal. 3. Elver is exaggerating and is full of crap.) Joey is sent to go retrieve them. As he leaves, he is also reminded that the word “Rumplestilskin” is a magical word for elves and can save them from danger. The elves are indeed at the shoemakers. (From Keebler to cobbler.) The owner, (who I’m naming Sherm) really enjoys it. Mostly because he doesn’t have to pay them. (Slave labor is less wrong when you’ve got an entirely different species doing your work.) Joey arrives as a tiny glowing ball. (Since when can he do that? Is this another elf fact we’re learning today? While I’m on it, why do they have antennae?) Sherm smacks what he thinks is an insect (The antennae aren’t helping make it any easier) but finds it’s another elf. Joey wants his people back, but Sherm is hesitant. He’d have to hire humans then. And they’d probably want *gulp* payment! Or worse, breaks! He also says “Jehosophat” and it turns out this is another one of those magic words that affect elves. It slowly turns them into mice. Now spouting a tail, Joey begs for that word to not get spoken again. Sherm just so happens to have a Sylvester the cat around who is looking at Joey with great interest. The cat leaves and the phone rings. The caller asks for a Jehosophat. Now Joey has matching ears. Then, a telegram is delivered that Sherm reads out loud. It was a birthday greeting for a Jehosophat. That’s done it. Joey is now full on mouse and Sylvester is on the hunt. The new mouse runs into a giant hole. (Seriously, that thing is huge! Sylvester could just follow him in! And for that matter, who made it? They must have rodents of some kind around!) Despite the easier option, Sylvester tries to reach him with a coat hanger, but only nabs some exposed wires. Joey has forgotten the word that will help him and rushes to the phone book, as he at least remembers it was a name that started with R. He finds it just in time and is reverted back to normal. For some reason, this stops Sylvester from eating him. (I’m not an expert on house cats, but aren’t elves responsible for a good 45% of their diet?) Shem tells him to knock it off, and Elver decides to come see why he is still missing elves. (As long as he knows where they are, why does it matter if he has them back or not? We could learn so much about the Elf race, but no, instead we’re going to get another economics lesson.) Elver is here to tell how Sherm can run his business without elves. The main reason he can’t keep up the enslavement isn’t because it’s morally and ethically wrong, it’s just too old fashioned. According to Elver, older methods are destined to fail and must be modernized. (I get what he’s saying, but what if you have a really good way of making your product? One that doesn’t need upgrading.) If he buys better equipment with his profits, he can increase his production, and get an even bigger profit. But the cycle never ends, and he will have to keep using some of his gains to upgrade again and so on. (When, you put it that way, it just sounds depressing.) Nevertheless, Sherm is convinced and agrees to do it the modern way! Six months later, his shop is a much larger building, he has nicer clothes and his own office. Elver shows up again to check in on him. Sherm is doing quite well for himself. He only has one problem now: he needs a name for his new line of boots. Without any reason why, he dubs them “Jehosophat boots.” Turns out, tagging boot on the end of that word instantly turns an elf to a mouse. And Sherm still has Sylvester. Elver runs for his life from the cat, trying to remember the word that will save him, having forgotten it himself.

Well, it was an interesting experiment, but I’m not sure how well it worked or was received. Luckily, Friz would go back to directing comedy, which I feel is where he shined best.

One Reply to “Yankee Dood It”