Christopher Columbus has a new theory! The planet we live on, is not flat as many people suspect, but round! (Although, didn’t most people by 1492 KNOW it was round, but thought that the opposing side was nothing but danger water? Correct me if I’m wrong. Please. That means someone reads these) The king of Spain (who has a voice that I’m guessing helped inspire McKimson to create Speedy) is one of those “flatters” and throws Chris out of his palace.

Bugs is just outside, and he believes Chris. (All his underground traveling has taught him much about the globe. Did you know it is composed of layers?) In fact, he can prove it! He just throws a baseball over the horizon, and waits for it to come back adorned with various stamps. (A trick he must have learned from Porky who did the same thing in “Kristopher Kolumbus, Jr.”) The queen herself is a little more believing than her husband, promising Chris plenty of riches should he succeed. 3 ships with crews later, and they’re on their way.

Since Bugs was the first to believe, he is made mascot and brought along. For some reason, this gets the crew upset. Rabbits are jinxes? 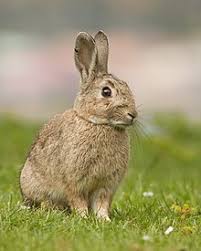 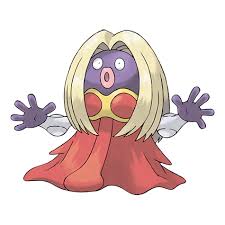 Chris is the man in charge though, and he says the rabbit stays. They’re good luck! (Well, their feet are. The rest is just tasty.) The days go by and the crew only grows more restless. Surely the lack of land is because of the mascot. It’s not like the ocean is a really big place. Actually, that probably isn’t true at all. Columbus is certain that they will reach land by the ‘morrow and Bugs relays the news. The crew is elated.

Oops. A little miscalculation. Still no land. And since the mascot was the one saying that, guess who the crew blames? Someone has gotta leave the ship, and Bugs is too beloved by the rest of the world, so the crew better know how to swim. Using a painting of an island, Bugs is able to get all of his pursuers off the ship. And the other two ships leave. Bugs says they were fired. Chris isn’t too happy with this, but Bugs is confident that the two are more than enough people required.

With no other crew, Bugs takes up the job as cook. Since they’ve been at sea this long, the food is rather slim. (I guess they ate all the rats. Should’ve left a couple to keep breeding, boys.) Bugs serves a bean, and tells Columbus that imagination can help. Chris tries it. Apparently, imagination also makes rabbits look like poultry.

Wow. I’m learning so much today!

The two are so caught up in the chase, that neither one notices they actually HAVE hit land. Naturally, Columbus takes all the credit. Cool as he is, Bugs lets him have it. (No use changing the history books. Bugs is a time lord)

Favorite part: The debate Chris had with the king. He claims the world is round like his head. The king smashes it and claims it is flat like his head.