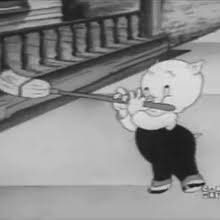 If you’ve ever driven through the scenic two-toned gray lands of America’s navel, you might have seen a bumper sticker for Donut Center. It’s not important enough to be listed on any maps, and most people who have heard of it, tend to erase it from their memory as soon as something slightly more exciting occurs. It gets to a point where a good number of people start to wonder if it wasn’t just some mass hallucinogenic…hallucination. It’s out there, though. You just need to keep your eyes open at all times. No blinking.

Apologies to Alex Hirsch. It’s hard not to be inspired by his world.

Donut Center is a quaint little town. It’s only got one hotel, but the guy running the place is Porky. No rebuttal. Porky is already a great guy, he naturally has a great hotel. (And it’s small enough for him to run it all himself. No employees.) During his mid-morning sweep, he sees a fancy type car approaching, and it looks like it’s making a beeline for his establishment. Of course it is! No questions. The car’s occupant is a goat. He has gout. Good thing his name is already Gouty, or I’d be calling him that myself. (No guilt.)

Old Gouty wants a rest. Porky’s hotel is the best. It’s logical that he would come to this hotel above all others for his need of a calm getaway. While Porky attends to the goat’s luggage, Gouty makes himself comfortable. All too soon, conflict rears its infuriating head. (No peace.) Enter Gabby the goose. (I think. He’s at least some member of the anatidae family.) If you are one of the highest types of cool, and watch every Warner Bros. cartoon in chronological order, you’ll be aware of this kid. He’s made a couple of appearances before this, his…swan song. (No laughs.)

Gabby is suitably named. (Though if his dialogue is any indication, it’s not his birth name.) The kid does not shut up. (No shortage of breath.) He talks and gabs and yaks and blabs until you are all for Gouty trying to scare the little turd off. (I have my own Gabby at work. Even if the pest calls me “Daffy” I still want his vocal cords gone. No speaking.) It fails. The only way one is going to get rid of Gabby is if something else catches his attention. Thank goodness for bees. The kid grabs a hammer and tries to end the threat to his status as “Alpha Vex.” (No mercy.) I wonder what comedic escapades this might lead to?

Lunch time! Porky’s hotel may not have the five stars it deserves, but the food doesn’t lie! Mouth watering options like lamb, turkey, and coconut custard are but a sampling of the journey’s your taste buds can expect to endure. Can’t decide? Porky recommends the blue plate. Even Gouty is interested, and requests some for his midday meal. Oh wait. He’s a Toon goat. He’s just going to eat the plate, isn’t he? (No calories.) Oh well, if there’s one guy I trust to make ceramics delectable, it’s Porky. (Gouty loses half of his mouth when he chews Old age can be such a b*tch.)

BANG! Of course! You knew it would happen! Gabby, in his bee is for blood lust, has just brought the hammer down on Gouty’s poor foot. He’s been pleasant for far too long. The kid must die. No objections here. The chase begins, but things start to get out of control, as Gouty, Gabby, and a door I’ll name Gertie, all end up on a collision course with the wall up ahead. Even knocking Porky into the bill of the pelican he is escorting. (The poor bird has been to Katz Hotel? I wonder if they ever got that spider problem fixed.) The crash ends with the two rivals’ heads caught in a painting. Fittingly, Gouty’s head plays the part of executioner, while Gabby plays executionee. (No greater joy.)

Favorite Part: During Gabby’s bee chase, he gets a door slammed on him by an oblivious Porky. If only I could do the same to my “Gabby.” (And if you think I’m being too harsh, the guy is clearly in his mid-thirties. I’m not hating some overly obnoxious child.)

Personal Rating: 3 (I don’t really have a problem with this Gabby, despite what I may type.)